What have we learnt from nearly two decades as an advertising agency? Take a look at our favourite campaigns of all time, and what they taught us.

There’s something magical about planning and implementing an advertising campaign with your clients. It’s always quite a journey - from the initial strategy, to developing the creative and seeing it all come together. Over the years we’ve learnt many valuable lessons from our clients and campaigns.

Here’s a look at some of Penquin’s most memorable campaigns, and what they taught us.

“One of the campaigns I’m proudest of was the relaunch of the Suzuki brand in South Africa in 2008.

We had three months to put the whole campaign together - from strategy to production and implementation. Suzuki was initially sold through General Motors (GM), but in 2008 they became a stand alone brand in South Africa.

At the time I was only 29, and I’d never worked on a motor brand or relaunch campaign before, so this was an exciting challenge. We had a small team (only nine of us) who needed to create all marketing material from scratch. This included rolling out 21 dealerships who needed a new look and feel (right down to things like business cards, launch events and TV ads.

By December 2008, we had managed to launch a beautiful new brand to both the dealers and the public. We saw instant sales, which was hugely rewarding - despite the global recession which hit shortly after the launch.

A decade later, Suzuki has grown in leaps and bounds, with Penquin by their side for the entire journey. It’s been a fantastic partnership that has taught both teams how collaboration is the key to success.”

Lessons we learnt from the Suzuki relaunch campaign: 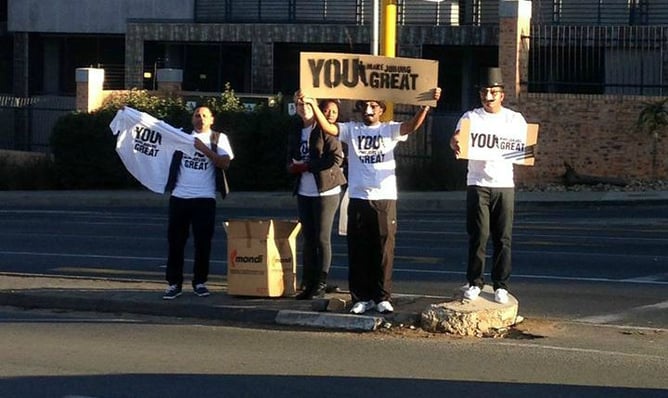 “The second campaign that really stood out for me was the City of Johannesburg’s (COJ) You make Joburg great campaign.

Leading up to the 2010 FIFA World Cup in South Africa, Joburg’s reputation revolved around crime, stress and its infamous traffic. The world was in a recession, and people desperately needed upliftment. COJ partnered with Penquin to create a feel-good campaign to boost people’s morale and ultimately change the perception of the city. Not an easy task.

The initial brief required some push back on our part. There are definitely times when a client believes that the direction that they want to go is best, but as specialists, we have to put forth our strongest recommendation no matter how uncomfortable that may be. In this instance, COJ accepted our recommendations, and this was a major turning point for the campaign, taking an average project to new levels. Creative sparks flew, and the two teams came up with an uplifting campaign which, although not as overt, carried the same sentiment as Barack Obama’s ‘Yes’ campaign.“

Lessons learnt from the campaign: 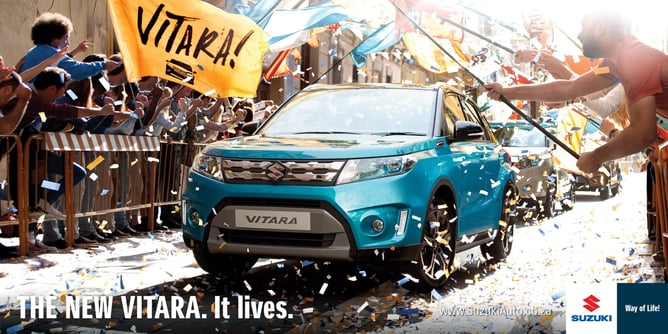 “My most memorable campaign was the Suzuki Vitara launch. This was the first vehicle launch campaign which I was solely responsible for, from the creative concept and presentation, all the way to execution.

We were re-launching a model which was relatively well-known in the market, but had not been available from 1998 (after which it became the second generation Grand Vitara) until 2015 when we launched the third generation Vitara model. 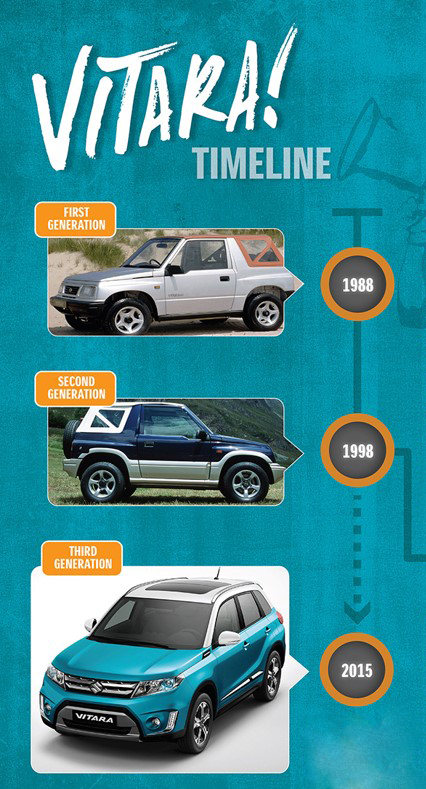 It was the first time we were able to really leverage the Suzuki heritage. The campaign was a huge success, and Suzuki sold out of the Vitara within three months of its launch.”

Lessons learnt from the Vitara launch 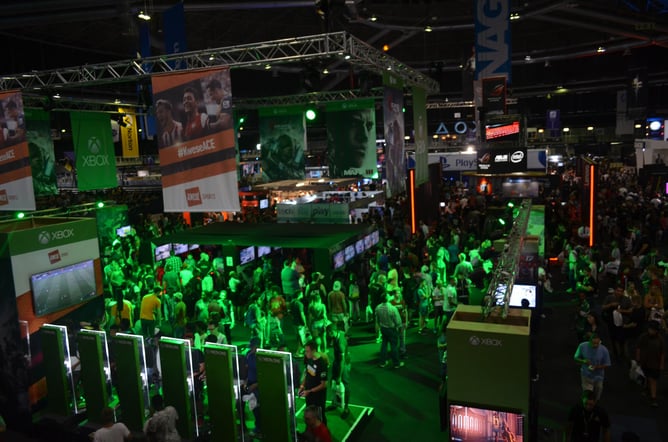 In yet another reminder of how quickly the gaming market is growing, a new industry study from Spil Games reports that 1.2 billion people are now playing games worldwide, with 700 million of those online.

Newzoo released the latest quarterly update of its Global Games Market Report. It shows that gamers worldwide will generate a total of $99.6 billion in revenues in 2016, up 8.5% compared to 2015.

rAge is the Biggest gaming exhibition in the Southern Hemisphere. Penquin was tasked with designing, building and managing the Xbox stand on behalf of Microsoft South Africa.

Year on year we look at how we can evolve, adapt and do things differently ensuring we keep our place as the market leaders and ultimately creating a great experience for all visitors. The Xbox stand at rAge `16 certainly did not disappoint! With the explosion of e-sports in Africa we decided to partner with Kwese Sports and hosted the Kwesé Ace Fifa `17 tournament played exclusively on Xbox One consoles. Regional playoffs were hosted nationwide with the JHB leg and finals taking place on the Xbox stand at rAge.

Our visitors were treated to a variety of third party titles and got to play some of Microsoft's largest gaming franchises including Gears of War, Halo and Forza pre launch.

We truly had a stand with something to offer everyone which resulted in high foot traffic and ultimately controllers in hands, letting the product speak for itself.

rAge drew an all-time high total of 33,068 visitors from all over South Africa. This was just under 6% up on the previous year’s attendance.

I’m incredibly passionate about this brand and what we have accomplished over the years while having a clear understanding that it doesn't end here, I am very grateful to be part of its journey. 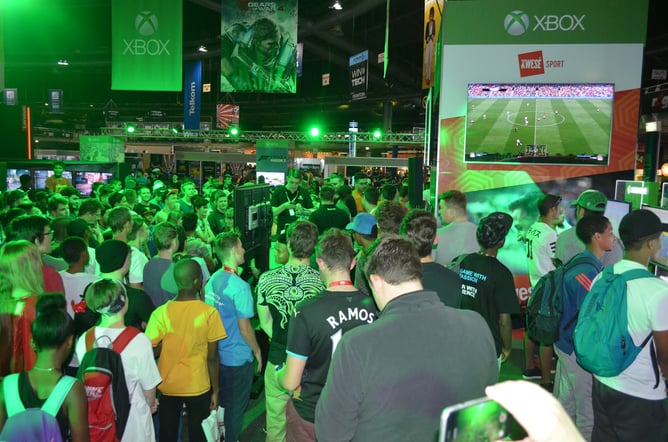 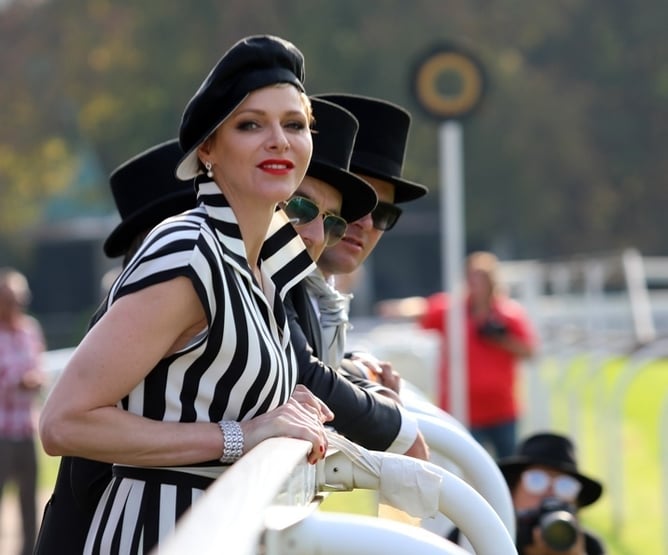 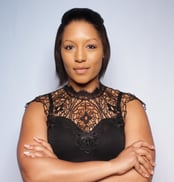 “A campaign that stands out the most for me  was the HSH Princess Charlene Empress Club Stakes Race Day at Turffontein Racecourse in Johannesburg. Not only was it the first of its kind for Penquin, but it was an opportunity to meet the Princess of Monaco and back a Royal Affair event. It gave us the opportunity as a business to focus on the event itself as well as the advertising and tracking of the marketing that amplified the event.

We were briefed on collaborating with Phumelela Gaming and Leisure and The Racing Association in pulling off a Royal Race Day, this of course came with many highs and its own set of challenges.  The brief was to advertise the event, draw a crowd as well as accommodate HSH Princess Charlene of Monaco at the racecourse.

Our first step involved developing a concept and creative artwork for the event - we went with Glamour, Royalty and Elegance. The theme of red and white tied in with the royal presence of the Monaco flag, focussing on a light and bright atmosphere.  The creative was applied to various marketing elements; billboards, digital and print platforms and all social media platforms.

The day included a champagne garden, a members lounge for the elite young professionals, private hospitality suites and entertainment.  We were able to get over 15 000 social engagements leading up to and on the day. The event was attended by the likes of previous Miss World, Rolene Strauss and the current Miss Universe Demi-Leigh Nel Peters.

One of the biggest challenges for the event was that it had very little online  presence as there had never been an event like it before. This meant that we needed to start from scratch, using a robust social media strategy to build awareness around the race day.

Together with Phumelela, we managed to work closely to overcome the challenges we faced. The race day managed to attract 2 000 people to the course, for a day that previously never existed. For a campaign which had limited advertising exposure due to budget constraints, the campaign was a great success. We also managed to raise R130 000 for the Red Cross, and R 367 000 for various other charities. 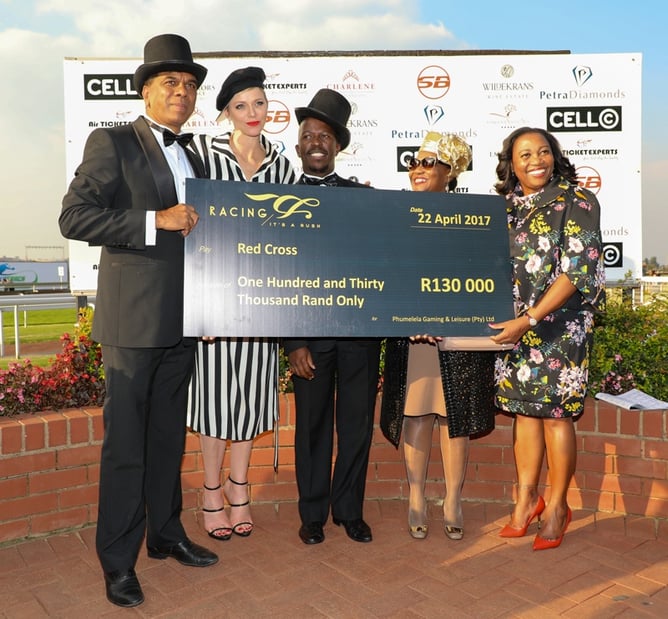 It feels amazing to get such positive feedback from your client, and it encourages you to go above and beyond. The cherry on top was a letter received from The Princess thanking client for the day. We look forward to running this event again in 2018 - watch this space!” 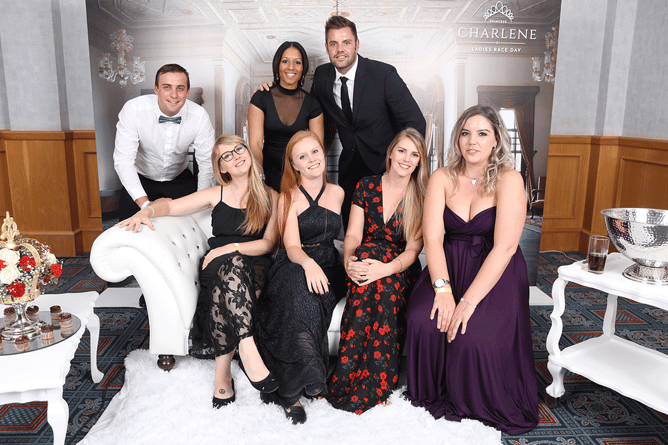 Lessons learnt from the campaign

One thing’s certain, it doesn’t matter how long you've been in the game, there’s always something new to learn. Every campaign comes with its ups and downs: the challenge is turning every experience into a lesson for next time.

Want your next campaign to stand out? Contact us, and one of our integrated marketing experts will help you develop a winning marketing strategy.