This week two of our teammates were in Boston, where they attended INBOUND17, the world's biggest inbound conference, hosted by HubSpot. Our client services director, Ryan Nofal, wasn't able to attend this year - so he's been following the event on social media. Here's some of his favourite tweets from the big event.

Inbound marketing has exploded over the past few years, and HubSpot (the founders of the inbound movement) are at the forefront of cutting edge digital marketing and sales trends. Two of my teammates, Veronica Wainstein (MD) and Lisa Singh (account director), were lucky enough to join our sister company, Spitfire Inbound, at this year's big event - INBOUND17. 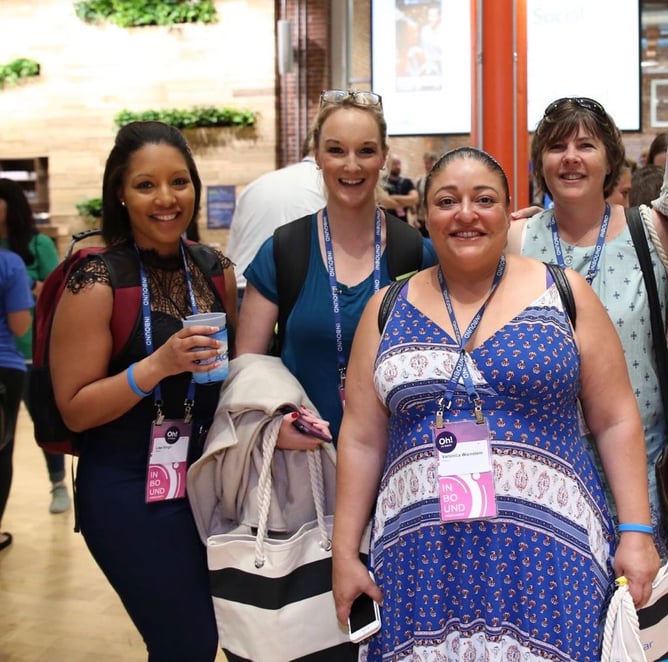 I would have joined them - especially since I work on Suzuki,  our integrated account that just won HubSpot's Impact Award - but just before the conference I became a father for the second time. I didn't want to miss out on any of the action, so I've been following the event online. Here's some of my favourite tweets from the week.

Welcome to #INBOUND17 week. Also known as the week when I refresh twitter a hundred thousand times. pic.twitter.com/oRZeiEj7M2

"Videos have a much higher ROI because our brains evolved to process and retain visual information." -@TylerLessard #INBOUND17 pic.twitter.com/YJ5P1nf1oe

Belonging comes from you deciding you belong, it's not other people's decision. @BreneBrown #Inbound17 @PenquinAds pic.twitter.com/bHYwdnT987

Panda here, so listen up! I'm at #INBOUND17 and I'm about to drop some knowledge! pic.twitter.com/Sih4DmI7Ow

Telling a conference room of 10k+ marketers and social media people no pictures of the keynote. #INBOUND17 pic.twitter.com/DM5DwHbjtG

"When you go through a dark time, that's the time you most grow. Embrace it." @MichelleObama at #INBOUND17. https://t.co/0jmBqaSJ8U

Remember to ask yourself: "do I love what I do?". A friendly reminder from our final #INBOUND17 Keynote speaker, @JohnCena. pic.twitter.com/DzWe5VtDFf

"If you believe your actions make a difference, that means you do modify the reality. You can change the future." -Ed Catmull #INBOUND17

Some love all the way from Boston from our team at @HubSpot #Inbound17! Here at #NewGenAwards in spirit! @alisonleishman @VeeWainstein pic.twitter.com/Z7s3LGPG1Z


On the bright side, while our teammates were at INBOUND17, I got to attend the #NewGenAwards where Penquin, Suzuki and Spitfire Inbound won gold in two categories - for Best Marketing Automation Campaign and Best Revenue Marketing Campaign/Event. All in all, it's been a very exciting week, both nationally and internationally!

Subscribe to our blog and we'll send you the latest tips, trends and insights from the marketing industry.